Harvey Citron received a BFA from Pratt Institute, and a Diploma of Sculpture from the Academia di Belli Arti, Rome Italy, where he was awarded the Gold Medal for Anatomical Studies for a Foreign Student. He has served as an Adjunct Professor on the sculpture faculty at the University of the Arts from 1981 to 2011. In 1984, 1991, 1998, and 2007 he was awarded the Mellon Venture Fund Grants by the University of the Arts. From 1994 to 1996, 2000 to 2003 and 2015 to 2016, he has served as Faculty Chair at the New York Academy of Art. His work has been exhibited in New York, Philadelphia, Chicago and was included in “Figurative Art 1960 – 80”, an exhibition that traveled throughout the US and Europe, and in “Derrière Guard” a 1997 exhibition at the Kitchen in New York. He has been in exhibitions to the present. He has lectured as a visiting artist at American University, the Medical College of Pennsylvania, the Philadelphia College of Art (presently the University of the Arts), Yale University, University of Michigan, Carnegie Mellon University, and the University of Shanghai. 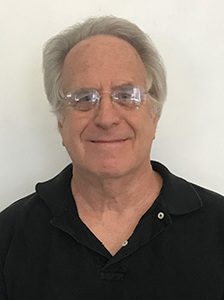